Kingston College - The difference maker in my life. 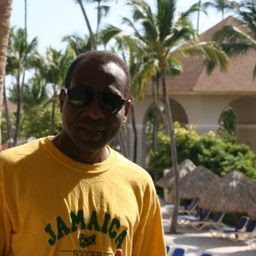 During the late 70s, I occasionally rode a bus from the George Washington Bridge Bus Station to my teaching job in Rockland County, New York. Rockland County was a bedroom community of New York City professionals and the home of the Day School where I worked as a Mathematics teacher, about 26 miles north of Manhattan. Early one morning, I was riding that bus and trying to take a nap in my seat. However, my sleep was frequently interrupted by a surprising amount of Jamaican accents in the chatter behind me. I wondered, "Why are so many Jamaicans headed to Rockland County early in the morning?"  I knew from experience that there were no Jamaican communities in Nyack or other small Rockland County towns along the bus route. However, after some reflection, I concluded that most of these Jamaicans must be going to work. The idea of Jamaicans going to work in the suburbs reminded me of the years my mother spent as a maid in Westchester County. I wondered if my fellow Jamaican bus riders were similarly employed. I felt that my suspicions might be accurate when I remembered that some of my students had said, "Mr. Stewart, you speak just like my housekeeper." For many of them, hearing a Jamaican accent from their teacher was not only unusual but, in some ways, unprecedented because in Rockland County during the 70s, it was much more typical to hear a Jamaican dialect from a maid than a prep school teacher. This was the very stereotype the school's English principal, who was married to a black doctor, wanted change. She tried to give her students a broader experience of black people outside the gardener and maid roles that many had grown accustomed to. Through my presence at the school, the students now had a black math teacher, soccer coach, and dance instructor. Her decision to hire me turned out to be a huge success. The children were genuinely excited and curious about their new Jamaican instructor, and after my first year at the school, I was voted Co-Teacher of the Year by the students.

Amidst my fellow Jamaicans on that bus, I reflected on the fact that I was the first person in my family to graduate from college and even high school, for that matter. My mother, Griselda, was an uneducated but determined, street-smart woman who worked three jobs to make ends meet. She was up at 5:30 am to clean a doctor's office on Park Avenue before going to her full-time job as a maid in a Manhattan hotel. After that, she would leave to clean another business's office before coming home to cook dinner. Wow! My mother was a strong woman.

On the other hand, my father was a bright, self-educated man who worked his way up to a managerial position in the Linotype department at the Daily Gleaner, a local Jamaican newspaper. My father had no formal education beyond Primary school because, during his youth, Jamaica did not offer free secondary education. These circumstances were typical for poor Jamaicans before 1942, when the Jamaican government started the Common Entrance Exams to give only the brightest children in the country an opportunity to attend secondary schools. As you might expect, families with some means would prepare their children to pass the exam, while those with little support, like myself, had no preparation before they took the exam.

The Common Entrance Exam was my chance to change the predictable patterns shaping my life and the lives of other poor young Jamaicans. Please understand me; I know many young Jamaicans who became successful adults without formal education. My cousin, Kenneth, for example, worked as a farm worker in Florida before learning a trade in ships' engine rooms and used those skills to have a successful career at Con Edison in New York. I am very proud of Kenneth because, at one point, he owned three houses on the same block in the Bronx. My adopted sister Cherry and her husband Roy made a fabulous living in America as automobile upholsterers. Still, Cherry would always lament that she never had a chance to attend secondary school. People can make it in this country without a formal education,  and I have many examples to prove it. However, good secondary, college, and graduate training was my path to success.

During the late 50s, I passed the Common Entrance Examination at age twelve. It was my last chance. I took the examination at age eleven and passed without sufficient distinction to earn a full scholarship. So, my father decided that I should try again. Not accepting my place at Excelsior High School was significant risk because I could easily have performed poorly on my next attempt and lost the opportunity entirely. However, my father's gamble paid off; the following year, I earned a full scholarship to Kingston College, one of Jamaica's premier secondary schools. This acceptance allowed me to rub shoulders with some of the children of the Jamaican middle class, and I received training from some exceptional teachers. However, attending Kingston College had more significant implications than simply the education I received. It meant prestige with my peers, status in my community, and higher self-esteem for me. I was no longer just that skinny poor kid without a home. I was a poor boy with hope.

Jamaican secondary schools are excellent. I measure the quality of schools by the quality of young people they produce. If I were to use a small sample of my friends as an indicator of success, I would give Kingston College high marks. My best friend, Ronald McLean, is a dentist in the Bronx. Kenneth McCarthy, a good friend, is a doctor in Canada. Waugh Wilson, a classmate, is an Engineer in California. Trevor Yap Chung, one of the brightest students at Kingston College, worked at Bell Labs, and I worked as an executive instructor at IBM. With some research, I could make a significant case for Jamaican schools' high quality of education.

Going to school at Kingston College was seven of the best years of my life. It was not only the outstanding education that gave me self-respect and status in my community. It was also my relationship with my teachers and the adventures I shared with my fellow students. Our headmaster, Douglas Forrest, was a saint. I cannot imagine a better leader of a school. Mr. Forrest treated all the children at the school like his own. He knew us, was always approachable, and looked to support us in every way he could. My mathematics teacher, Althea Young, became my coach and mentor. She was the first person that showed me possibilities beyond the Jamaican shores. She told me to visit the Louvre in Paris, take in a play on Broadway or visit the Sistine Chapel in Rome. I accomplished all these goals, and I would send her a postcard to mark the accomplishment.   I still stay with Althea and her family every time I visit Jamaica. K.C. was fun in many other ways. During my years, the sports teams were champions. Our football teams won every trophy, and our track team was the first Jamaican team to win the four by-100, and the four by 400 relays at the Penn Relays in Philadelphia. The choir made albums, and the cadet corps marched the streets of Kingston. Any K C boy will tell you that his experiences at the school created lifetime memories.

Definitely a school for the future of everyone who entered its gates. Enjoyed every moment spent there.

Hello Glen, Thank you for your comment. However. would you elaborate a little more on what you mean when you say, " a school of the future for everyone."

Baron,
Your experience is not unique. The majority of us who attended KC could, with minor changes, tell the same story. I regard my time spent at KC, as the most formative period of my Life.

Hello Ken, It's been a while. How are you and your family doing? Thank you for commenting on my experiences.

Sandy, you are correct. There is much more. I will write more on this subject soon.