Discovering that I had diabetes 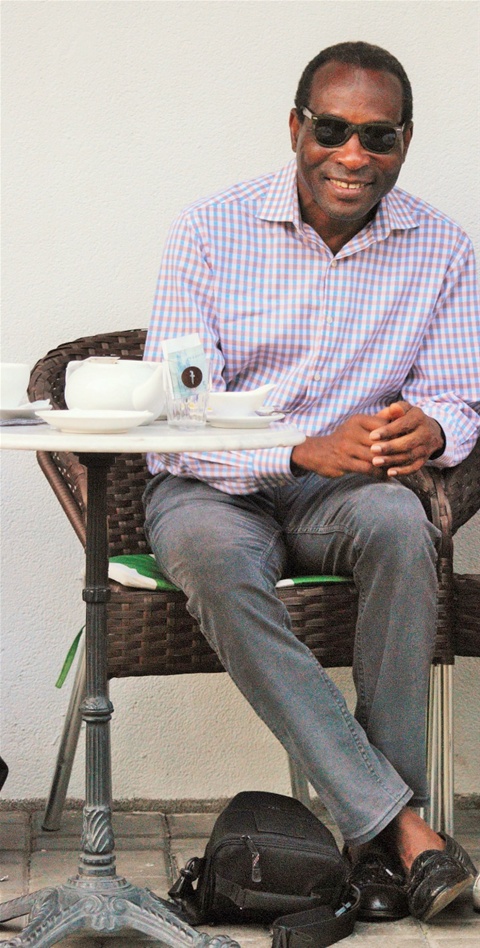 Good health seems like a gift most of us receive for thirty to forty years then it becomes a responsibility for the rest of our lives. Is this your experience? It has certainly been mine. I was lucky because I know that many of us did not get this gift and struggle with health issues from early in life. However, I was extremely healthy for the first forty-five years of my life. I rarely even caught a cold. Being healthy was fortunate because I had no health insurance or family support; if I became sick, I would be on my own.

There is an arrogance that comes with being healthy for a long time. I rarely visited the doctor or the dentist because I believed my body would take care of any challenges it faced. I was thirty-five years old when I first saw the dentist. Can you imagine the amount of plaque that had accumulated in my mouth? I remember the dentist saying he wanted my healthy teeth, and I made a wisecrack that wished I had his money. He did not think my joke was funny. One of the few times I went to the doctor, he told me that I should stay active because this was the source of my good health. I had a feeling of invincibility. I was delusional, but all the evidence supported this belief.

However, on my forty-fifth birthday, all my delusions came crashing down. It was like someone had turned on a switch. I noticed that I was very thirsty and regularly had to run to the bathroom to urinate. Those days I was traveling every week to teach courses for IBM around the United States and, on occasion, internationally. IBM had a policy that if you were flying across the country, you could travel in business class. I passed on the Pan American 747 jets cross country with a private business class compartment on the second floor of the plane. I would board the aircraft, go upstairs, have a couple of drinks, and fall asleep, which made these 5-hour trips seem very short. I did not realize that I was falling asleep after a couple of drinks because I had diabetes, and the alcohol made me dangerously ill.

My mother was a diabetic, had lost the function of her kidneys, and was on dialysis before she died suddenly from a heart attack. My father also died from diabetic complications, but none of these messages registered with me.   I was invincible, remember? However, one Monday during the summer of 1993, I felt a little off before my next trip on Tuesday. As you would expect, I did not have a doctor, so I went to an emergency room to get help. I gave them my symptoms of frequent urination and high thirst. The physician's assistant, who was helping me, decided to check my blood sugar level.

A person who did not have diabetes would have blood glucose levels of approximately 130 milligrams per decilitre of blood before meals. If the measurements exceed this limit, that person is most likely diabetic. The physician's assistant used instruments ranging from 0 decilitres to 600 decilitres. When he measured my blood glucose level, it registered 600. Naively, I asked him if this was a high measurement. He answered that he had never seen it higher. He left immediately to get the doctor, who panicked into the room and told me to go directly to the hospital because I had an extreme case of diabetes. As soon as I arrived at the hospital, I was put into a wheelchair and taken to a private room. I don't think I even filled out any forms. Nurses and doctors surrounded me, taking my vital signs and measuring my blood glucose levels more precisely. My blood glucose level was not 600 milligrams; it was 750 milligrams. The doctors feared that I would fall into a diabetic coma and did everything they could to stabilize me. I felt no distress but a degree of panic of the concern in the eyes of the people treating me.

I was in the hospital for a week with a blood glucose level as high as 400 milligrams. The doctors were not able to completely get my blood sugars under control. So, they counseled me on how to manage my diabetes. They said I would have to take an insulin injection every day for the rest of my life. Still, before starting the regimen, they wanted me to take some oral medication which they believed would not work. Still, he wanted me to have the opportunity to avoid the insulin injections. I left the hospital weak, scared, and confused. I went to the library to research how to manage diabetes and found out that if I did regular exercise and controlled the carbohydrate, I ate each day, I would have a good chance of managing my diabetes without insulin shots. This information gave me hope. I was too weak to run, but I could walk. As soon as I started to walk, my sugar levels returned to normal. I told the doctor the good news, but he was not impressed. He said this was only a temporary remission and that diabetes would return shortly. However, his pessimism or realism did not discourage me. I was stronger than I was when I left the hospital, meaning I could run. I decided to run 5 miles a day every day to keep this diabetes under control. I did this for ten years, and I had no diabetic symptoms during that time. The doctor was amazed, and he took me off all medication. I have been managing my diabetes for the last twenty-four years, but it becomes more challenging as I age.

shure you are beginning interesting projects in your new surroundings. Bonne chance! Congratulations to your "shape", but some people´s shape is not up to visitors.

Hello, again my friend. It is too bad that I can't visit because I would like to see you.

your news are exciting! I hope you move there together with a woman who loves you or one who is waiting for you there, so that next time I meet you in a hospital when dreaming I need not feel uneasy.

Hello, my friend. Are you saying that you are in a hospital? I hope you are recovering. You have my best wishes my friend.

This one is ment to be taken off Your blog immediately, because I do not want to leave something embaressing for You there, for I have to reject your idea. Thank You anyway.

What do you mean? I am confused. You don't want me to visit you. Anyway, I am moving to the south of France.

thanks for telling that you are fine

About a fortnight ago I had a dream. You and I at some peculiar place. Quite a nice dream on the whole, but when I woke up I immediately thouhgt of Your diabetes... Just say You are all right, please

I am on good shape but I am moving to France which is not far far from you. I can take a train to come visit you.

Saw You fall asleep after one and a half glass of wine ten years before You found out about Your diabetes. Just thought the wine here was stronger than the one You used to drink in Amerika. So sorry

V, I saw all your books and I read some information about you Please send me your email so that we can catch up.

Yes. I remember those days. I used to fall asleep all the time when I drank wine. Were you married with two kids?

Thanks, Fortis, I have a similar to problem. Is on Medication but is not eating and excersing right. You have made me see the danger. Tha nks Bro.

Thank you for sharing Baron! Your strength is impressive.

Thank you, Katrina. I share with the hope that this information will make a difference to someone else.

Baron my brother! you are very strong even that you are thin!! it's interesting how that strength has helped you to get through all this years, if not it would have been with a lot of time taken into

Hello, Vera. Thank you for reading my story. You are very strong too. I know your strength. Love you. my sister.